Because God granted Solomon’s request for wisdom, many good things came from his forty-year reign in Israel. The account of Solomon’s reign can be found in 1 Kings chapters 4-11 and there are examples of his wisdom and decision-making ability. Israel enjoyed a time of peace and prosperity during the majority of Solomon’s reign. He began construction of the Temple in his fourth year and completed it in his eleventh year. David had wanted to build the temple, but God prohibited it because he had shed too much blood. An artist’s rendition of the temple is shown below and a detailed description of its furnishings can be found in 1 Ki 7: 13-51. 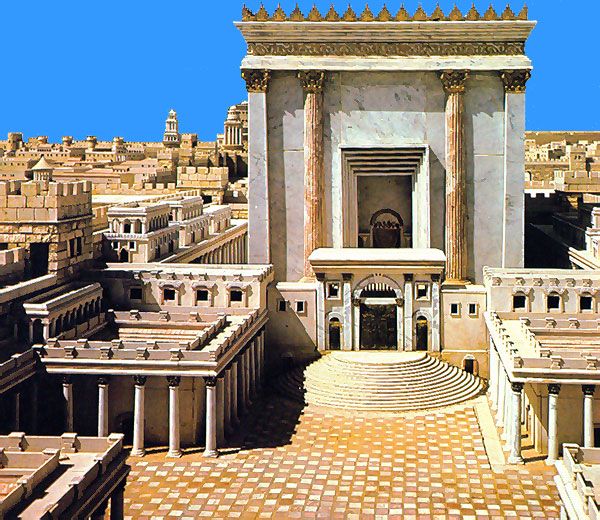 It’s obvious that Solomon’s wealth exceeded anyone in the world at that time and the opulence of these buildings was well known and documented in 1 Kings.

Solomon’s wisdom was also well documented. 1 Ki 4: 32-34 says, “He spoke three thousand proverbs and his songs numbered a thousand and five. He described plant life from the cedar of Lebanon to the hyssop that grows out of walls. He also taught about animals and birds, reptiles and fish. Men of all nations came to listen to Solomon’s wisdom sent by all the kings of the world, who had heard of his wisdom.”  Solomon’s writings include the majority of the Book of Proverbs and likely Ecclesiastes in our Old Testament and we can learn a lot from studying the Proverbs of Solomon.

It would be nice if we could end the story at this time with all of the good that Solomon’s reign brought to Israel. But as we will see we still have to look at Solomon the Bad, and Solomon the Ugly.

View all posts by carterscues

For more insight into a mother’s heart for her child visit my daughter’s blog DearCarter.blog